In an effort to promote cooperation among the Restoration churches I will be noting events that lean towards that purpose. In that spirit- tonight October 19th, at the Remnant Church of Jesus Christ of LDS facilities in Independence, MO there will be a “Festival of Heritage Hymns” featuring performers from various Restoration churches. All are invited to come… 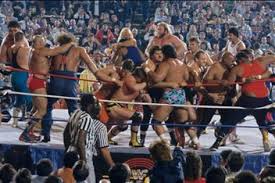 As one who leans towards the Conservative side of the political spectrum and, in the past, frequently engaged in my fair share of political discourse- it would baffle me that, at times, when a discussion would come about about my disagreements with the policies and principles of the current Commander-in-Chief, I would be labeled a racist. Why was a so stunned at this accusation? Let me give you a bit of my background:

I grew up around my Aunt, who is adopted- she is half-Filipina, half-white. She was adopted by my white grandparents in 1963, at the height of the civil rights debate, and raised in a small town with an almost exclusively white population that was home to many Arkansas transplants. The elementary schools were named Union Ridge and South Ridge and the middle-school mascot was the “Rebels”. If anything my family eschewed the evil that is racism in a very public manner. In the 2nd grade I has a crush on a very ethnic looking Lebanese girl. I mostly played with the black girls on the playground in 3rd grade and lamented the fact that when we moved back to my hometown in 4th grade that there were no black children to play with. I was briefly engaged to a girl from Argentina after my mission and my wife is a proud Native American from the Cherokee and Iroquois tribes. I might also mention my mother remarried a man who is half-Mexican blessing me with a sister who is a 1/4 Mexican- my nieces, her daughters, are part-black in one case or part Puerto Rican (and all that comes with that) in another. The charge of racism is so foreign to me I don’t even know how to respond.

After Joseph Smith Jr. and his brother Hyrum were killed on June 27th, 1844 several men came forward advocating for their role as the leader of the church. Among these men were: James Strang, Sidney Rigdon, Brigham Young, Alpheus Cutler, David Whitmer, Granville Hedrick, and Joseph Smith III. Each of these men gave their strong reasons and each gained a following. Over time one would excommunicate another and they would be excommunicated in return- until at some point it’s likely that none would’ve been left in the church. With the casting out of the various leaders and their attendant “loss of authority” all those who followed them were seen as being deceived, darkened in their minds, their ordinances called into question, and their membership in the church denied.

Over the decades these former brothers and sisters became more and more estranged and cut off from one another. Animosity grew and contentions increased- each group convinced that the others were apostate and being led by the devil with his flaxen cords straight down into the pit of hell. High, strong walls were built and each settled in nicely to their own sense of rightness.

I used to believe this. I used to shake my head in disbelief that people could be so deceived. I used to believe that I was in the “only true and living church” and they were not. I would argue endlessly about issues of exaltation, authority, polygamy, etc… I no longer argue and debate and contend about those things. I no longer believe that I am in the “one true church” and they are not. I now embrace members of the various churches of the Restoration as brothers and sisters and accept their ordinances and authority to perform them.

This is the post where I quickly throw everything at you to give you the background of where I am coming from, so you can say “Hmmm… sounds interesting, I will read a few more posts.” or “Ugh, this guy makes me want to eat my own face. Get me out of here.” So here goes…

“I was born a poor black chil…”- scratch that- I was born in 1975 in Vancouver, Washington (not Canada, ugh, Washington)- just across the river from Portland, Oregon (not Maine. Please, try to keep up). When I was about 3 years-old, my parents split up and, long story short, I ended up with my Aunt Cathy, my Dad’s sister, who raised me from that time forward.

In about 1982, we were looking for a church to attend (she had been raised Methodist), and eventually the LDS (Mormon) missionaries knocked on our apartment door. A few magic tricks and flannel-graph discussions later my Aunt was baptized, and after turning 8 years-old the next year, I also entered into the waters of baptism.

After being the obligatory pain in the  butt as a teenager, I served a LDS Mission to La Gran Mission Neuquen in Southern Argentina from 1994-1996, where I was personally involved in approximately 45 baptisms. It was an awesome experience. I learned much about myself and the world outside of the United States.

In 2000, after some serious moral failings I was justifiably excommunicated from the LDS Church. It was a heartbreaking experience for me and I was determined to regain my membership, but the LORD had other plans for me. Now, some will put this in their back-pocket to pull out when I challenge some deeply held belief or tradition in some future post in order to imply I just couldn’t keep the standards or wanted to sin. To make that assumption would be folly, as I have always sought to repent an change and have never endeavored to hold onto any sin that I “didn’t want to give up”. The LORD knows of my sincerity and my heart’s desire to do right- and that is what matters to me.

I began to have questions about the history and doctrines of the modern Church of Jesus Christ of Latter-day Saints (Utah) after coming across a website run by the True and Living Church of Jesus Christ of Saints of the Last Days (Harmstrom). I saw there documented, and later in the works of Ogden Kraut, a different version of events and doctrinal viewpoints than I had been raised with. I never lost my absolute witness of the Book of Mormon. After study I became convinced of the Fundamentalist Mormon position and sought membership in one of the churches (which I will not name out of respect for their privacy). Things did not work out there, and after much study and prayer, and a spiritual dream, I became convinced of the traditional RLDS (not Community of Christ) position and have been involved in the Branches since that time. I was ordained an Aaronic Priest in 2011 and continue to function in that capacity.

As of late, I have become interested in the Hebrew Roots of our Christian faith and have adopted a more “whole-Scripture” approach to my personal spiritual walk, casting away Pagan traditions such as Christmas and Easter, in favor of the Feasts given to the House of Israel. I also choose to eat clean (kosher) food and do my best to follow the Word of Wisdom given in these latter days.

I also have become personally convinced of the validity of the baptisms and authority of most of the churches of the Restoration Movement started by Joseph Smith and have endeavored to reach out an open hand of fellowship to the members of those various assemblies. I believe he led me on this journey so that I could get to know the Saints in various assemblies to show me that they also are, indeed, His. I believe the LORD has asked me to be a bridge-builder between the assemblies of Latter Day Saints, and I hope this blog will be part of that effort.

This blog will explore my experiences deeper and the things I have learned along the way. I don’t expect anyone to agree with the perspectives I have come to- I am unique in a midst of an already unique movement- but I do request respect. I promise to show the same respect in return.